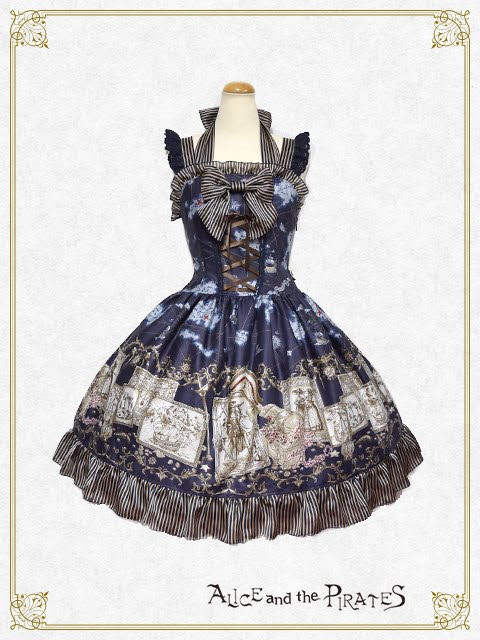 This was one of my first dream dresses, and the one I sought after the longest. It was released after I joined the fashion, but I was so new I wasn't actively following brands yet so I missed the release until well after it'd been offered to the masses and disappeared. (: I looked for years and years, and naturally when I was on a hiatus from the fashion for personal reasons, AatP rereleased it, and not a single person noticed or told me. I finally found this rerelease on Wunderwelt and was so relieved it's not even funny. And then they released a lucky pack with it in it literally like later the next month. FML. I've worn it once so far because I just haven't had any occasions to wear it to, but like hell am I ever selling it. I still really love it, and I'll just have to find some more occasions to wear it in the future.